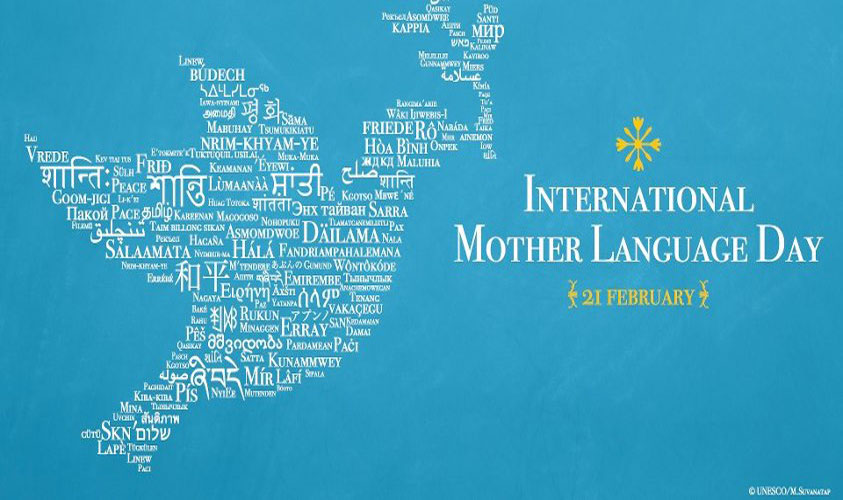 Today is International Mother Language Day. Established by UNESCO in 1999, and formally recognised by the UN General Assembly in 2008, International Mother Tongue Language Day functions to promote awareness of linguistic and cultural diversity and multilingualism. For UNESCO, such awareness positively contributes to global citizenship, enabling our learners to play an active role in both local and global arenas to address global challenges and, ultimately, contribute proactively in creating a more just, peaceful, tolerant, inclusive, secure and sustainable world.

If nothing less, today should be a reminder about the importance of mother tongue or mother languages. It might be a trite thing to say but for our learners, regardless as to whether they are in an international school or a national school, language is important. It is the means by which our learners express themselves. A learner in Grade 1 has the same experience with language as a learner in Grade 10; language structures their thoughts and identities.

Facilitating a learning environment that supports, or incorporates, a learner’s mother tongue is complicated. It can be ‘messy’ but there are benefits: Mandela’s quote on language and the difference between understanding and meaning is an appropriate endpoint to this (very) brief exposition on mother tongue and International Mother Language Day. Celebrating the diversity in language heritages in one’s classroom or school may contribute to creating an environment whereby learning takes place, opportunities for communication and interaction exist, and global-mindedness is fostered. These are good things. I want to posit that ensuring that the diversity in languages in one’s classroom or school is meshed into pedagogical practice might well take things further. Rather than just going through the motions of learning and interacting in different contexts, hearing what one is to learn in one’s own language (even if it is just key concepts) could encourage a sense of ownership of the learning process. As we seek greater degrees of global citizenship and international-mindedness, having individual learners take on the ownership of the processes that seeks to promote these concepts cannot be a bad thing.

If you are interested, you can find out more about this year’s International Mother Tongue Language Day here. 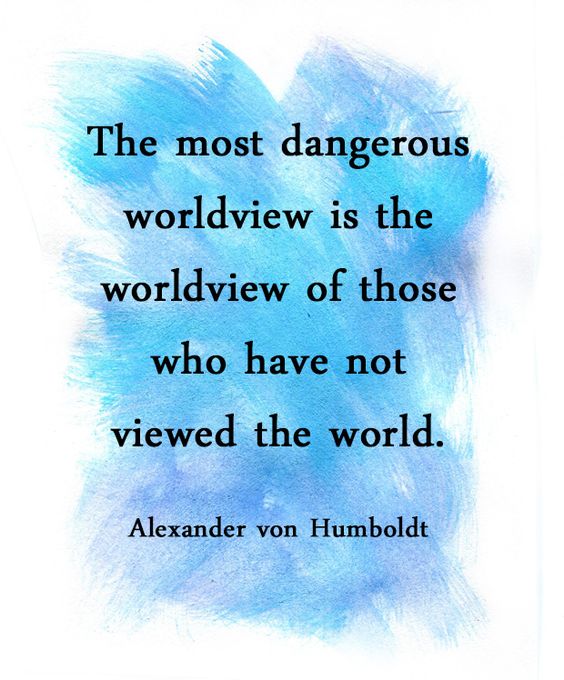 I have set myself the task, over the upcoming weeks, of airing my take on internationalism and education. In my previous post, I said that there are three aspects to be considered: international, intercultural and interlingual. It was of interest to me, then, when this quote from Alexander von Humboldt (14 September 1769 – 6 May 1859) popped up in my Facebook feed. While it is not entirely clear as to whether he actually uttered or wrote these words, they express a sentiment that resonates with why internationalism and education should be paired together. In this sense, this post might be considered to be a preamble to the posts on international, intercultural and interlingual that will follow over the next couple of weeks. Or, at the very least, the start of a preamble to some sort of final paper on the subject.

Tangentially, von Humboldt was a Prussian, geographer, naturalist, explorer and influential proponent of Romantic philosophy and science. He was incredibly well-travelled, having been appointed to positions over the course of his career that would require his presence in different places across the globe, or driven to different places in the world on account of his research. If this utterance was really his (and I would like for the sake of argument and convenience to say that it was), then he certainly had the academic background, respect and credibility to make it.

While von Humboldt’s words give ‘internationalism’ a degree of historicity and veracity, despite the fact that it is unlikely he would have used the term ‘internationalism’ to describe the perspective he was conveying, I see in von Humboldt’s words something more. It is the fact that they can be seen as a call to action to teachers to bring the world into the classroom. By bringing the world into the classroom, teachers can help students create and maintain an identity that is informed by the world and not an identity that is in tension with it, an identity that embraces the world and does not live in fear of it. In light of events in recent days, weeks and months, the place of teachers in this world is never more important. 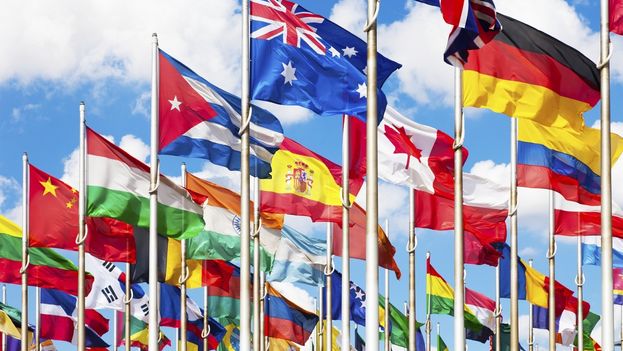 I work in an educational world that is defined by the intersection of three different spaces: the international, the intercultural and the interlingual. It makes for an interesting environment. Living in an area of land that is often called the Dreiländereck (where Germany, Switzerland and France meet), the use of three terms to define this educational world seems entirely appropriate. In the same way that my school is made up of students of different countries, cultures and languages, so too is the geography of the Dreiländereck.

The application of the international, the intercultural and the interlingual into a teaching and learning environment can be challenging for those within it. The interactions between one’s sense of self and the national identities of those one teaches can prompt useful, in-depth discussions about teaching and learning. The same interactions can also contribute to points of friction or tension. Cultures collide in the staff room about what constitutes pedagogical ‘best practice’.

For me, this post is a starting point for a discussion about internationalism and education. Over the coming weeks I want to look at the ideas of international, intercultural and interlingual, all of which appear to be central to understanding what internationalism as it applies to education is about. So, with that in mind, and to bring this post to a close, here are some short, tentative definitions that might be used as a springboard for what is to come: