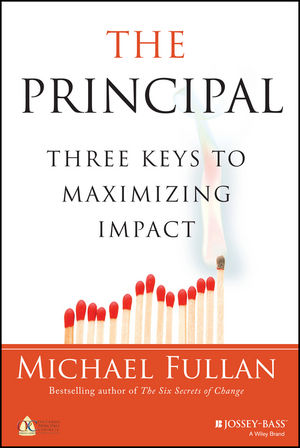 There are a number of scholars who have influenced my perspective of teaching and learning. Michael Fullan is one such scholar. His recent The Principal: Three Keys to Maximising Impact has proven to be a challenging and useful text as I look at what the role of an educational leader should be. To use Fullan’s term to answer this question: lead learner.

Fullan unpacks what is meant by being a lead learner throughout the book and what he has to say goes beyond simply changing the title on one’s business card. Being a lead learner is a mind shift. The book starts with how the current role of the principal is out of step with where things should be. Indeed, the redefining of the role encapsulates Fullan’s vision for the future of education referred to as New Pedagogies for Deep Learning whereby teacher and student work together in a learning partnership. Fullan’s critique of the role of the principal starts with a simple statement:

Principals’ responsibilities have increased enormously over the past two decades. They are expected to run a smooth school; manage health, safety and the building; innovate without upsetting anyone; connect with students and teachers; be responsive to parents and the community; answer to their districts; and above all, deliver results. More and more, they are being led to be direct instructional leaders, and therein lies the rub. How is this for a shocker: the principal as direct instructional leader is not the solution! If principals are to maximize their impact on learning, we must reconceptualize their role so that it clearly, practically, and convincingly becomes a force for improving the whole school and the results it brings.

The notion of lead learner has been around for a while, something that Fullan acknowledges. Where The Principal comes into its own is to clarify the new role of the principal and explain how that role can model learning and shape the conditions for all to learn on a continuous basis. To use Fullan’s own words, the book “sorts out the details of what is problematic about the current role of the principal and how it can shift to that of an agent of contagion and fundamental change” (Fullan 2014: 8).

The three keys to making this shift happen are, according to Fullan:

Fulfilling these three functions can be a stressful matter for some principals. Indeed, at the end of the book, Fullan poses the question: do you still want the job? A fair question to ask given what he has been discussing. To assist those, like me, who would want to see his principals operate according to Fullan’s model and approach, there is a study guide that accompanies the book. Each chapter concludes with questions upon which individuals can reflect as well as questions that are designed to be asked in a group context. This is a very useful feature and I look forward to seeing how it works out in practice, particularly as this text will be a key part of the professional learning I have planned for my school’s educational leaders.